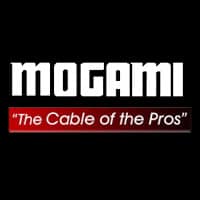 The holy grail of speaker cables in our opinion. Sold as a terminated 2.5 metre pair.

Mogami themselves have openly admitted that they produce very small amounts of this cable each year due to the complicated process and the various difficulties they face for the manufacture of this particular cable. In fact they have gone on to say that the process is uneconomical.

Hence this cable is almost unobtainium (other than from a couple oems).Dealers lap up whatever small lots whenever they get their hands on them.We have been on the wait list over 1 year to get our lot.

Here is what the founder Mr Koichi Hirabayash himself has to say about mogami’s top end offerings.

We can write a whole lot about how highly resolving and organic this cable sounds. However we think a buyer who has done his research already knows what he is buying. It’s suffice to say this is probably the best cable we have heard at this price and probably thrice over.

The thickness, construction and orientation of this cable makes termination difficult even for a decently skilled diyer.Hence we do not recommend buying this cable in un terminated lengths unless you can handle coaxial speaker cables and their terminations